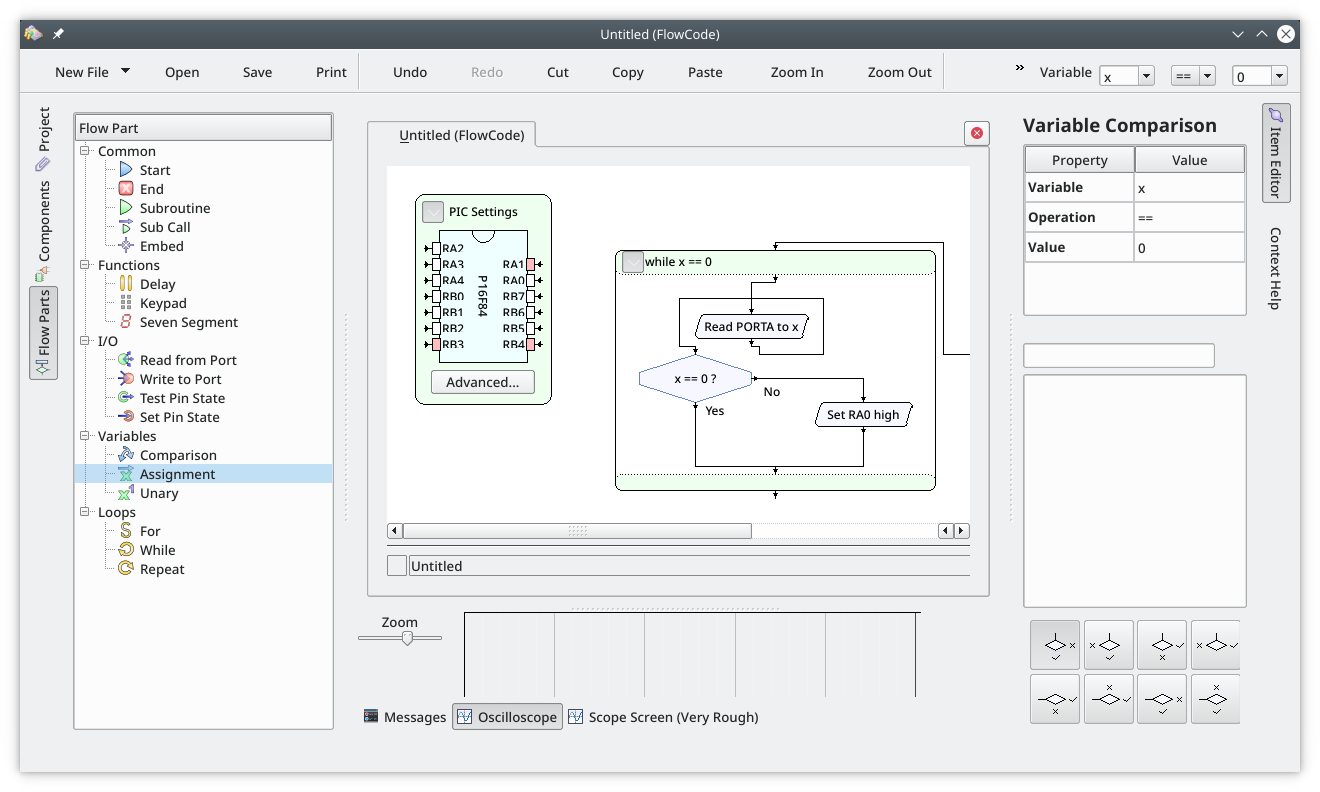 KTechlab is an IDE for microcontrollers and electronics designed to be as easy to use and unintrusive as possible.