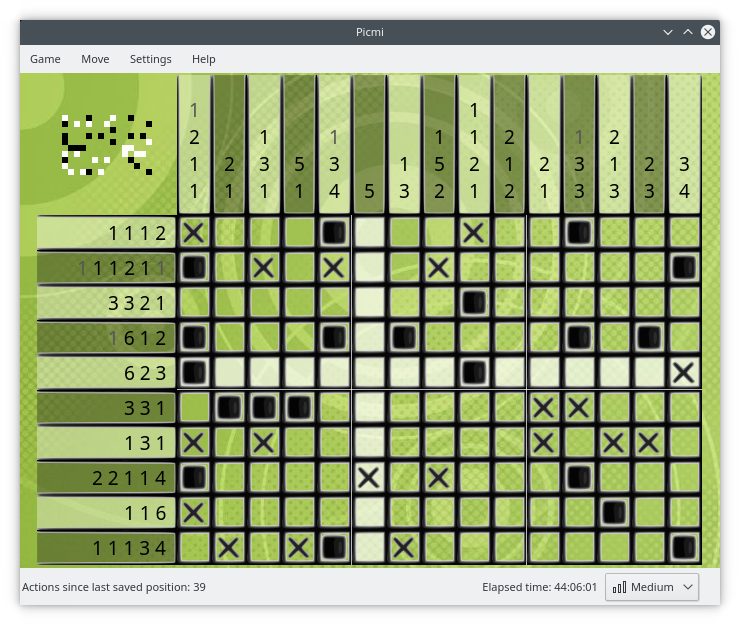 Picmi Windows installers are also available to download from the binary-factory. These versions are intended for testing purpose. Get involved and help us make them better!

The current placement of boxes and crosses (referred to as 'states' from now on) can be saved at any time. Saving a new state does not overwrite previous saved states. Restoring a state always returns to the most recently saved state. This can be repeated until no more saved states remain. The number of actions since the latest saved state is displayed in the status bar.